The major social platforms have rapidly evolved and shifted focus in order to meet rising demand and user needs during the pandemic. For the most part, the new tools and options introduced were already in development but all going well, it looks set to be another bumper year of growth and exciting developments.

Here at Ranieri Agency, we have been taking a deep dive into what social media marketers should be preparing for as they map out their 2021 strategies. In the first of our short series, we look ahead to what we might expect from Facebook.

Facebook has once again seen a year of many challenges, coming through them in a stronger position than where it began. Despite an ad boycott, a critical Netflix documentary and the forced removal of certain concerning groups, Facebook looks set to see some major developments.

A major focus for Facebook in the next year. We’ve already seen the first stages of Facebook’s next big revenue push, with the introduction of Shops on Facebook and Instagram, which simplifies the process of building an eCommerce outlet on the world’s most used digital platform.

That will give every business the chance to quickly build their own digital storefront, with helpful, familiar presentation options and streamlined payment tools, fuelling a new wave of online business.

For Facebook, this has been years in the making, with Shops essentially being an extension of its Marketplace offering, giving more businesses the chance to connect with buyers in-stream. But Shops is also much more than that.

The big focus here will be in markets like India and Indonesia, where Facebook is seeing rapid user growth, and where the digital shift is only really beginning. If Facebook can get in on the ground floor and become the destination for all forms of online transactions, that could see the company become an essential platform in developing regions, expanding opportunities, both for Facebook and businesses around the world, to maximize their potential.

Expect to see further development of Facebook Pay as the Social Network looks to simplify its one-click purchasing options, and new advertising opportunities that highlight products for purchase within posts. Facebook will also look to integrate more shopping posts into user feeds, in order to entice more shopping activity, while the likely merger of its messaging apps will also provide more opportunity to facilitate eCommerce across its tools.

If Facebook can get it right, this could be a major shift, fuelling a new wave of eCommerce activity – which is why looking further into Facebook Shops should be a key priority for retail providers.

Also look for further development of live-steam promotion and purchasing options and new eCommerce integrations within Watch exclusive programs as Facebook looks to tie everything back into its transactional options.

Yes, Facebook is still working on the merger of its messaging apps, and throughout the year we’ve seen more and more hints of the gradual interconnectivity of Messenger and Instagram Dir. It means that every new function introduced in any one of these apps will eventually be available in the other two. This will also facilitate new eCommerce opportunities, and more ways to run cross-platform ad campaigns and pushes in order to expand your opportunities.

Eventually, that will make it very easy for brands to expand their campaigns and functions across to, say, WhatsApp, broadening their audience potential in ways that hadn’t previously considered. That’ll become a bigger opportunity as Facebook showcases how that interoperability works, and what will be possible as a result.

Regulators in several nations have voiced their opposition to Facebook’s messaging integration plan, and it is still contingent on no further regulatory action being taken. But it seems to be well on the way now, and that will open up new potential for connection with your potential customers across Facebook’s DM tools.

Back in September, Facebook announced that its ‘Project Aria’ wearable AR glasses would likely be available in 2021, and while that won’t mean they’ll be here come January 1st, you can expect to see the glasses hitting retail stores in the second half of the year.

The Rise of VR

As noted, Facebook’s Oculus virtual reality headsets have seen a major sales boost in 2020. With all of our regular entertainment options shut down, many have been seeking new ways to keep ourselves occupied, and VR has fit the bill for those who can afford to take the leap.

But that ‘leap’ is getting smaller – as you can see, Facebook has gradually been lowering the price of its standalone VR devices, making it a more accessible option, which has also helped boost take-up.

And that’s a good approach for The Social Network – as Facebook adds more VR users, it also opens up new avenues for advertising and promotion and leads more consumers into the next stage of digital connection, meeting up within fully immersive environments online.

VR also has applications beyond entertainment, with many businesses also finding new ways to conduct key operations within the simulated space.

With the WFH shift expected to see ongoing momentum, now that people and businesses know what’s possible, this could further increase the take-up of VR, which will see new opportunities, in many ways, to connect with various audiences.

One of the big questions for Facebook will be how it addresses concerns about its notorious feed algorithm, and whether it does anything to address concerns that it’s fuelled the rise of dangerous hate speech.

Facebook has already taken some action on this, banning QAnon and various related groups, which it had allowed to proliferate on its platforms for years, despite expert warnings. But under a Biden-led US Government, it may have to take even more action, and further restrict misinformation and hate speech in order to avoid increased pressure, and penalties, imposed by Government and regulatory groups.

Facebook can do this. The New York Times recently that, in the days following the US election, Facebook implemented a News Feed tweak which ensured that “authoritative news appeared more prominently”, while downgrading the reach of some more fringe and/or centrist sites

As Facebook looks to more actively lobby US Senators, in order to facilitate its own growth agenda, it will need to give a little to get back, and that may well see the ‘nicer’ News Feed option gain traction, which could have a big impact on the platform more broadly.

That could see engagement on Facebook reduce – but maybe, if it can offset that with an increase eCommerce activity, Facebook will be able to appease both elements without losing out.

Of course, any such move also won’t please extremist groups, but it could be a step in the right direction to reduce societal division more generally.

Where are audiences spending their time during the pandemic? 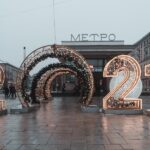 Influencer fails and how to avoid them